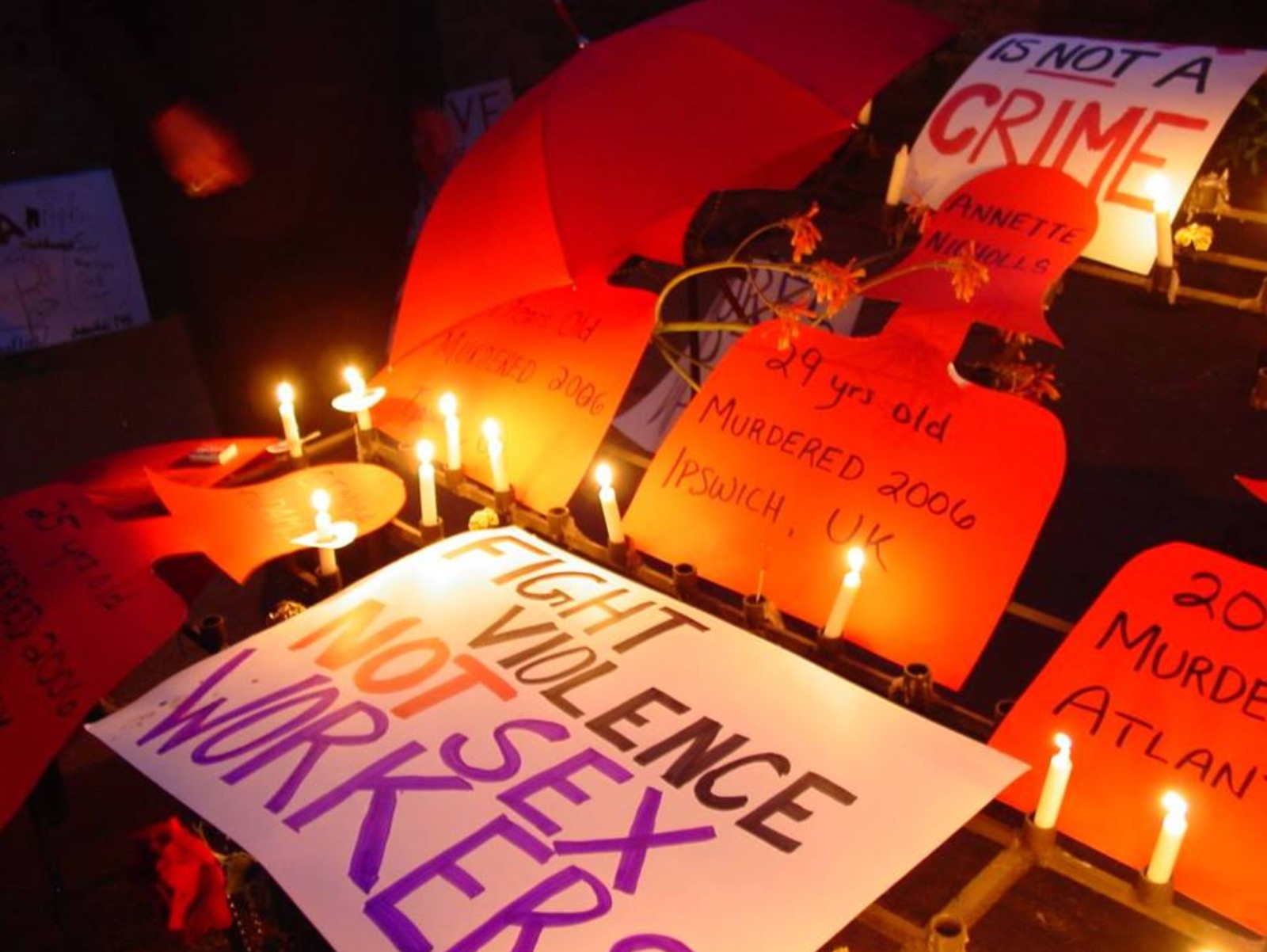 Justice Denied: The Underprosecution of Femicides of Trans Sex Workers

The murder of a young woman in 2005, Sion Grech, is finally on everyone’s minds after a long 18 years waiting for justice. At the time, many failed to call this what it was - femicide - yet with almost two decades of increased knowledge, let us hope that as a society, we may now look at this case a little clearer.

Sion Grech was a young trans sex worker, and her murder greatly highlights the intersection of gender identity and sex work when we discuss gender-based violence. Femicide is defined as the killing of a woman because of her gender, and these acts of violence are extremely common globally. Whilst these victims are already prone to being pushed aside, systems of justice are rarely ever willing or in place to effectively function when these victims are trans women or trans sex workers.

Trans individuals, particularly trans women and trans sex workers, face pervasive discrimination and violence, marginalisation, and lack of rights and protections, especially for trans sex workers, who also face stigma and criminalisation. The case of Sion Grech embodies the intersectionality of marginalisation, as she was not only a member of the LGBTIQ+ community, but also a sex worker. These identities compound the discrimination and violence that any one individual may face, and it is imperative that the legal system recognises and addresses these intersecting forms of oppression.

There is a systemic lack of justice within our society when it comes to crimes committed against these marginalised individuals, and what that communicates to these communities is that their lives are not worth nurturing, protecting and - in Sion's case - even defending after they have been killed. It is vital that law enforcement agencies and the legal system begin to recognise and prosecute femicides of sex workers, whether they are cisgender or trans, and consider them as the hate crimes that they are.

There are a few steps that can be taken to improve the prosecution of these cases:

1. Increase awareness and understanding of trans issues within law enforcement and the legal system. This can include training on LGBTIQ+ sensitivity, as well as increasing representation of trans individuals within these fields.

2. Work with advocacy groups and organisations that serve the LGBTIQ+ community to build trust and establish protocols for reporting and investigating crimes against members of such communities.

3. Treat all femicides as hate crimes, regardless of the victim's occupation or perceived lifestyle. This sends the message that all women's lives are valued and deserving of justice.

Why is the final step important? Consider a sex worker is found murdered in a hotel room. Traditionally, the police might investigate the case as a murder resulting from a client gone wrong, and the case might not be treated as a hate crime because of the victim's occupation as a sex worker.

However, under the proposed policy of treating all femicides as hate crimes, regardless of the victim's occupation or perceived lifestyle, the police would investigate the case as a hate crime motivated by a hatred of women. This means that the investigation would focus on identifying and punishing the person or persons responsible for the murder, rather than on the victim's occupation as a sex worker. By treating the femicide of a sex worker as a hate crime, the legal system is sending a message that all women's lives are valued and deserving of justice. It also gives equal protection to all women, sex worker or not, and makes sure that no one is above the law or not seen as deserving of justice due to their job.

It's important to understand that this policy is not specifically targeting sex workers but rather trying to provide equal protection and rights to all women, and sending a message that gender-based violence will not be tolerated regardless of the occupation or lifestyle of the victim.

By taking all three steps, we can begin to address the systemic inequalities that leave trans individuals and sex workers (or people who may be both) vulnerable to violence. We may begin to ensure that all femicides, including the murder of Sion Grech, are properly prosecuted.

The accused, Ismael Habesh and Faical Mahouachi, are both foreign nationals, raising questions about potential human rights violations in the Maltese legal system. Last year, in pre-trial proceedings, Habesh insisted that statements he had given to the police after Grech's disappearance were not admissible in court, as he had not been assisted by a lawyer at the time. At the time of the murder, anyone detained by the police did not have an automatic right to legal assistance. It was only in 2010 that this right was introduced. The Court of Criminal Appeal confirmed a decision by the Criminal Court that six out of seven statements given by Habesh to the police were inadmissible, as they were given without a lawyer present and before Habesh was informed that he was being investigated for murder.

In 2022, Malta amended its Criminal Code to include femicide as a punishable offense. However, the murder of Sion Grech took place in 2005, raising the question of retroactivity and whether the concept of femicide under Maltese law can be applied to this case. Retroactivity, or the application of a law to events that occurred before the law was enacted, is a complex legal issue that can raise a number of constitutional and human rights concerns. In general, laws are typically considered to be prospectively applied, meaning they only apply to events that occur after the law has been enacted. However, there are situations where laws may be applied retroactively, such as when the law applies to ongoing criminal conduct or when the law is considered to be a clarification of existing law rather than a new law. In Sion Grech’s case, whose murder was committed before the introduction of a femicide law in 2022, it would be unlikely for the new law to be applied retroactively to the crime. The principle of legality in criminal law upholds that no one can be punished for an act that was not criminalised at the time of the commission of the crime. It is good to know that it is also one of the basic principles of the rule of law.

It is also worth noting that the introduction of a femicide law in 2022 may lead to more scrutiny of crimes against trans women and result in harsher penalties for those found guilty of such crimes committed after the law has been enacted.

Furthermore, Sion Grech is listed in legal documents using her deadname - a "deadname" is a term used to refer to the name that a person was given at birth and no longer uses, typically because they have changed their name in connection with a gender transition. The term can also be used more generally to refer to any name that a person no longer goes by. The use of the word "dead" in the term implies that the person has left that name behind and no longer identifies with it. The word is often used in the LGBTQIA+ community and its usage is considered as respectful way of addressing someone's name before transition. This brings into question whether the femicide law will even be effective in protecting the rights of a trans individual whose gender identity has not yet been recognised by the state. It is crucial that the legal system recognises and respects the identities of trans individuals, including the pronouns and names that they choose for themselves.

Trans rights, femicide, and sex worker rights are all deeply interconnected issues that deserve our attention and action. Trans individuals, particularly trans women of colour, face incredibly high rates of violence, including femicide, in addition to discrimination and marginalisation in nearly every aspect of their lives. As members of marginalised communities, trans individuals are also disproportionately represented among sex workers. Trans women are often misgendered and their deaths are not included in official statistics on femicide, which further compounds the issue and erases their experiences. Furthermore, society often views trans women and sex workers as disposable, which contributes to high rates of violence against them.

Similarly, sex workers also face immense violence and discrimination, and are often excluded from protections and legal recourse. Prostitution legal reform is crucial in order to ensure that sex workers can safely report incidents of violence and abuse without fear of arrest or retaliation.

In conclusion, the intersection of trans rights, femicide, and sex worker rights is a vital and pressing issue that demands our attention and action. We must take an intersectional approach and support the voices of trans individuals and sex workers in order to combat violence and discrimination against these communities. It is time for society to recognise that all people deserve safety, respect, and autonomy in their lives, regardless of their gender identity or occupation.